Case Study: A Story of Miscommunication

Discover how George, a smart CEO, and his business partner Alan, a Tech genius, stuck in a
costly non-communication rut get out of it almost effortlessly. Find out the one element that
George unveiled in his deep-coaching session that put an end to the struggle.

The Protagonists (The Key Players)

George and Alan are two business partners and friends. George lives in the USA, and Alan in
Canada.They have known each other for ages, and they about five years ago, they decided to work
together.

George is the visionary and is handling the business and its operations.

Alan is the technical genius. He lives in his technical world, and doesn’t understand the
business world, and -honestly- he doesn’t even want to. Science is his passion and he despise
the business aspect of things.

In the past few months, the communication has been problematic.

Alan has had health issues, going to the hospital a few times. This has affected his work, and
his ability to be available. George is not used to not being able to contact Alan when he wants.
Before, Alan has been prompt to respond to George’s demands. Now, George feels like Alan is
trying to avoid him. He is making up stories in his mind: Maybe Alan is working with someone
else on the side. Maybe he is not so interested in their common business any more.

Recently, George has asked Alan to sign a few crucial documents that will tremendously help
the company, and will give Alan more stake in the company as well. George has explained to
Alan why it is is important to sign these papers rapidly, Alan has agreed and told George he
would do it the next day. But, Alan hasn’t done what he said he would do. And, he keeps stalling. It’s been a few weeks,
and he is now avoiding all communications. He stopped returning George’s calls, which is
causing George to make up assumptions and stories in his head.

George is highly stressed and his health is deteriorating. This company is everything for
George. He is so committed to its success. He keeps worrying about the stuck situation, about
the papers still not being signed, about the future of the company and of his business
relationship and friendship with Alan.

The Beginning of the Session (the Prelude?)

George consults with me to see how to get this situation unstuck. Being stuck like this is actually
costing the company a lot of time and money. George is antsy, restless. Beyond impatient.
After removing some discordant energies that both protagonists are carrying, we dive deeper
into looking at “what is really true” about this whole issue.

George explains that he is angry because Alan doesn’t do what George is telling him to do.

– “He doesn’t understand anything,” George says. “He said he would sign the papers, but he
flaked, and I don’t know why,” he continues. “He should listen to me, trust me, and sign these
darn papers.”

In a short game of “naming names”, I ask George to empty his basket and pettily qualify Alan.
George blows out (explodes?): “Alan is selfish, stupid, not business savvy, and a pain-in-the-
butt.”

During the session, we look at what we know that is REALLY true, and we reframe, recalibrate,
and get a different perspective about the whole issue.

We also look at other times when the same pattern happened. We dig a few things out. George
really sees that it is not the first time that he is facing the same conditions where he is asking
someone to take a specific action, they both agree, but the second person doesn’t execute
his/her part. He’s lived this story a few too many times, and feels really upset and emotional as
he is describing the various events.

Listening to George explaining previous similar situations, and talking about how George sees
the other person in each story, I’m starting to understand that George is actually describing his
inner child, “selfish, stupid, not business savvy, and a pain-in-the-butt.”The rest of the session is dedicated to unveil the real relationship (or lack of) between George and his inner child, causing George to project the image of his inner child onto other people.

George leaves the session with a sense of relief and needing to “digest” this whole epiphany.
He feels a touch happier, and lighter, but at the same time he takes the full measure of how this
has impacted his entire life and business without him even knowing it. For a successful CEO, it
can shake the ego a little bit!

George texts me at the end of the day telling me that Alan called him, and they had a good
conversation. He tells me that the whole level of communication has completely improved and
that they are now moving forward together again. The next day, the signed papers land in George’s inbox. The company is saved, the money drain can stop. And, Alan is even more committed than ever before.

The Moral of the Story (the Take Away?)

– Everything is energy. Once you shift the discordant energies into something more positive,
you can get unstuck and move in the right direction.

– When you find the pattern and how it has affected you over the years, you get closer to your
own breakthrough.

– Even if you are a brilliant executive, entrepreneur, leader, high-achiever, the inner child can
always come to trigger you. In an attempt to protect you, your ego will prevent you from
seeing it, but the faster you dismantle the pattern, the better you will be. And, that is why an
experienced coach always is a great ally.
======================================================================
Award-winning business coach and international speaker, Nathalie Ekobo, a.k.a. the ‘Psychic MBA’,
takes highly sensitive businesspeople (HSPs) to the apex of their success using deep coaching, energy
activation, ‘brain rewiring’ neuroscience, and aligned strategizing to help them ease-fully expand and
thrive.

Are you a Highly Sensitive Person (HSP)? Find out with this 2-minute self-assessment and get your
FREE “5 Keys to Run a Thriving Business without Burning Out or Sacrificing Your Quality of Life”.
https://highlysensitivewomeninbusiness.com | Explore possibilities of partnering with Nathalie:
https://calendly.com/talk-with-nathalie 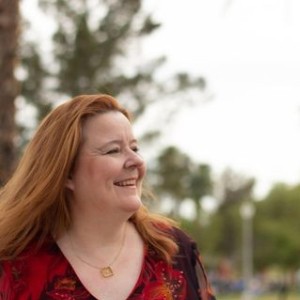